A downloadable Horror for Windows 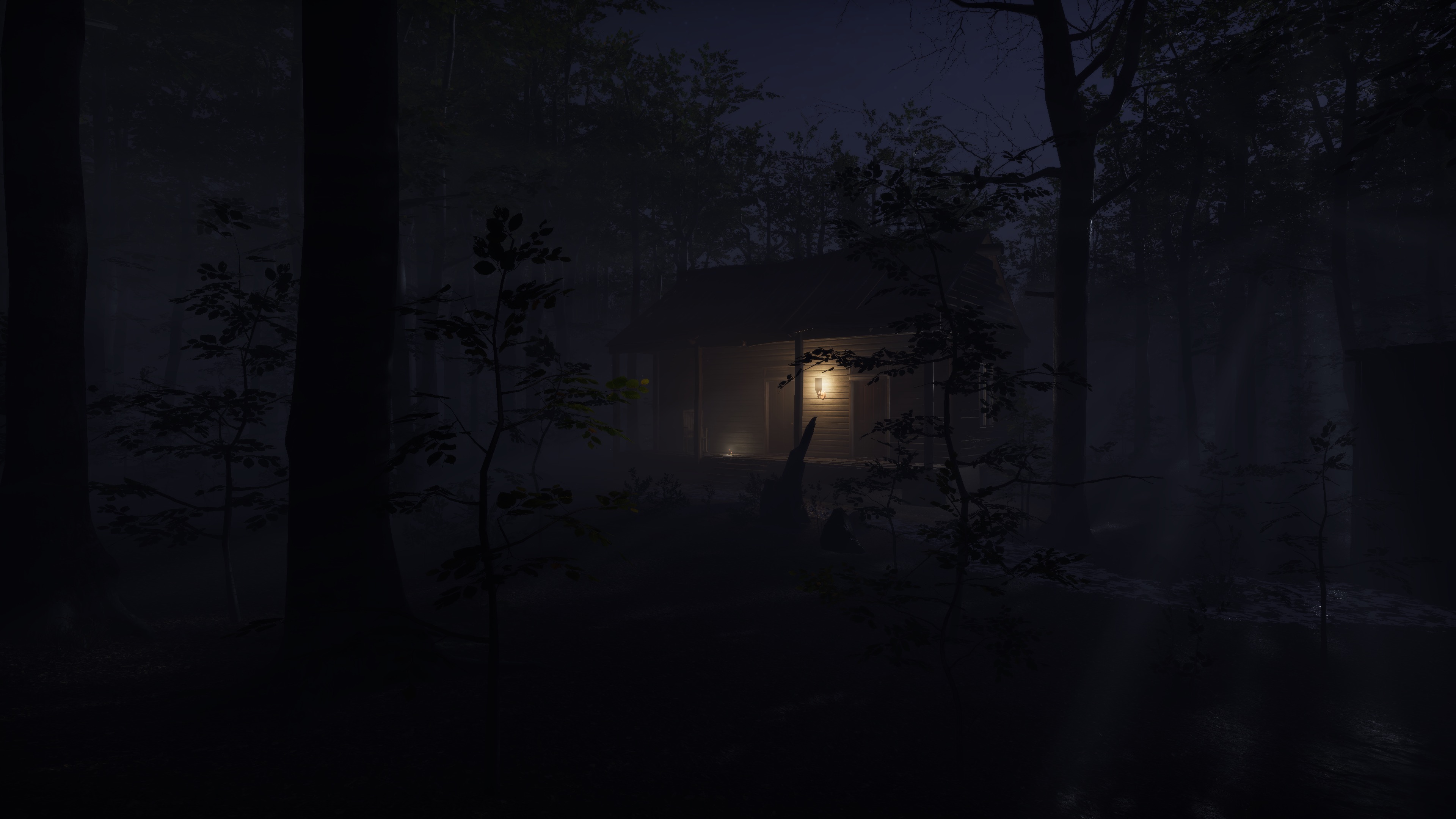 The vast world of "Caught in Nowhere" perfectly mixes between the beautiful landscapes and the scary haunted locations.
The diversity of the map and the varied locations will leave the players glued to the screen. 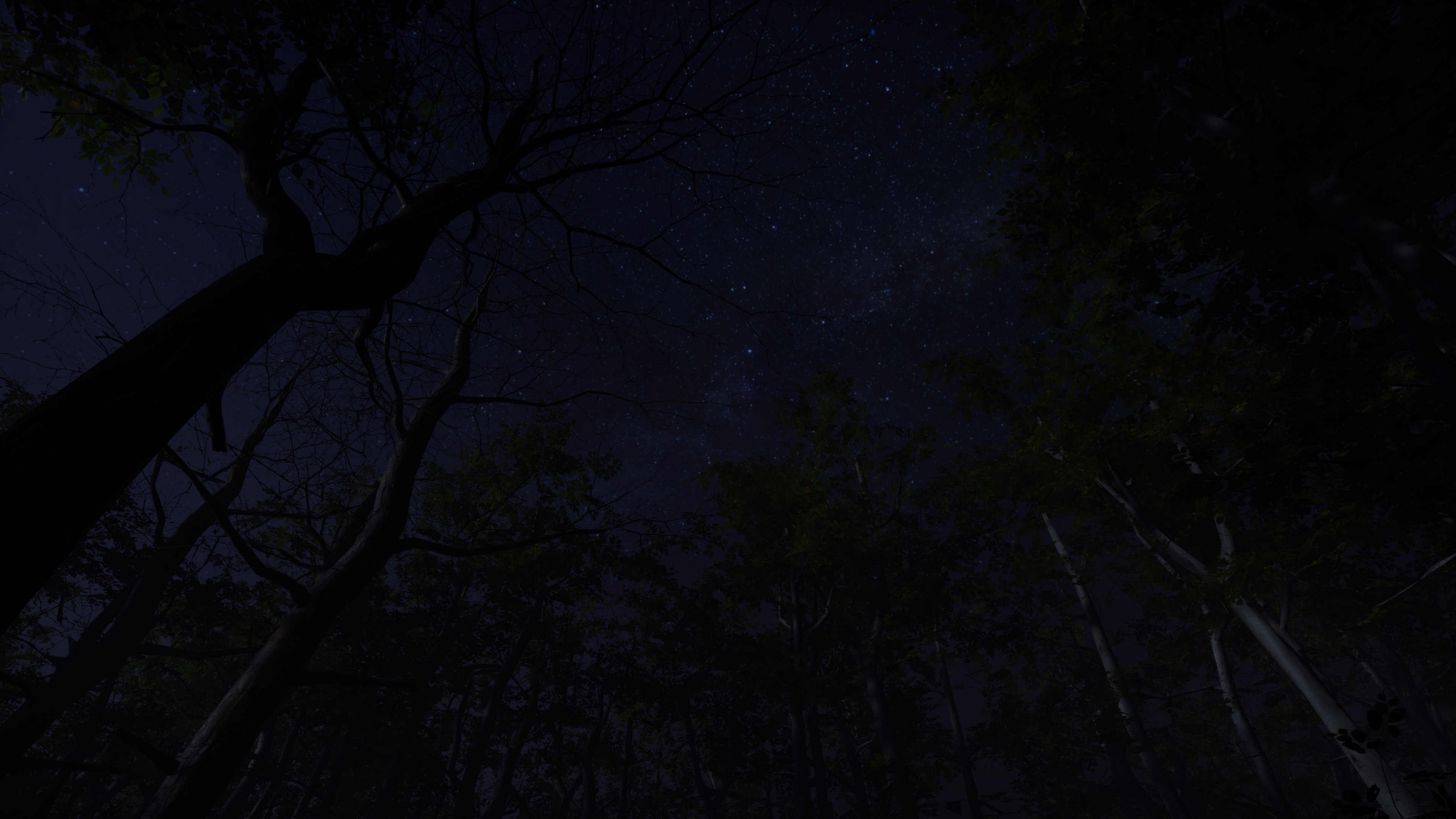 Each location hides its own secrets and reveals its own stories, waiting for you to uncover them all.
The player will be able to roam around freely in the world and discover the locations in whatever order the player chooses.

Experience true freedom in “Caught in Nowhere” once it releases.
It’s planned to be released on Steam & itch.io by the end of 2021 at the latest. It will also be released on the PlayStation 5 and the Xbox Series X a few months later. 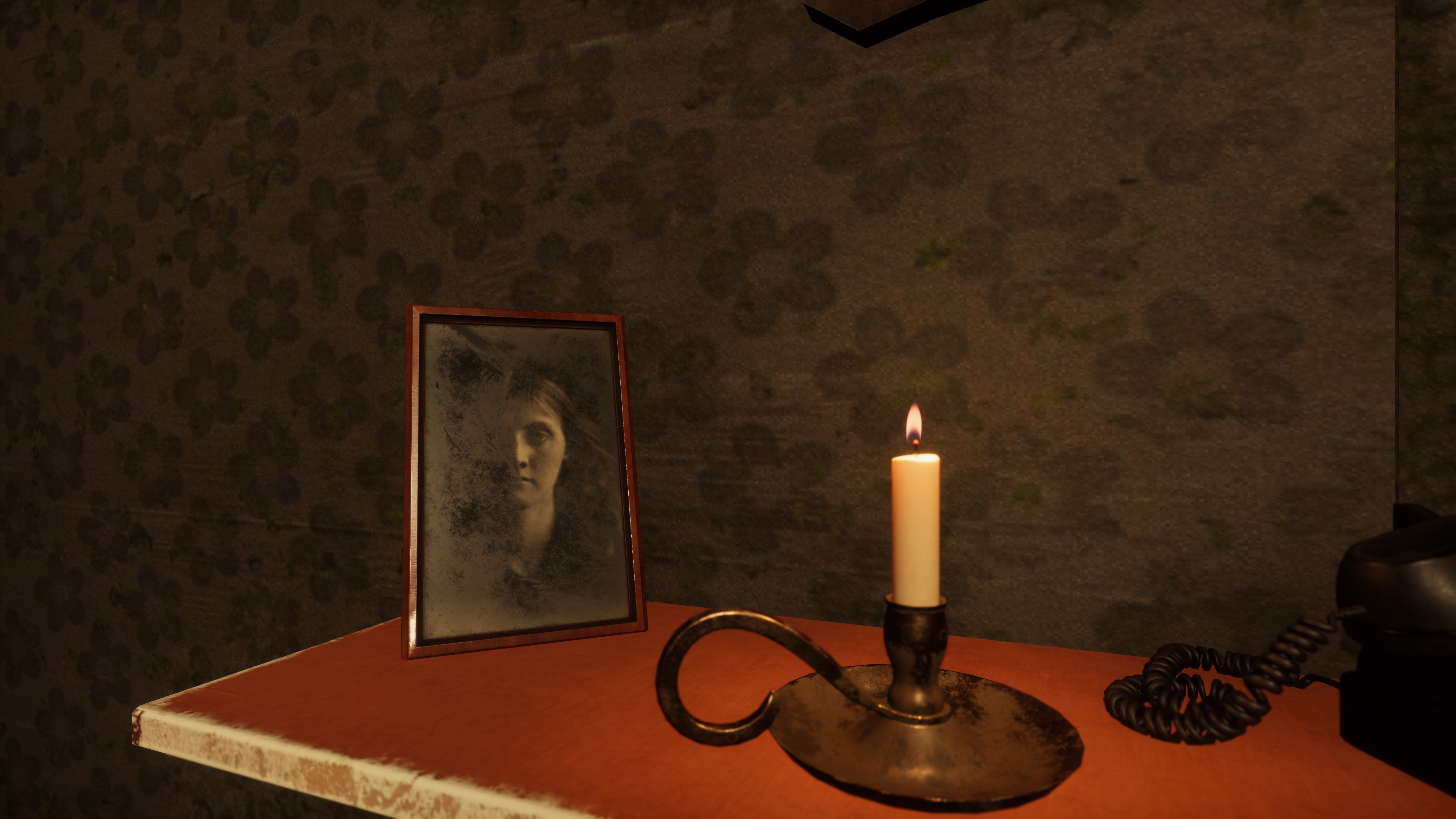 Hi Fabian, this is a game with a lot of potential. I love open worlds, so I will explore everywhere. I jumped through the wooden barricade and had trouble jumping back in the main map; went up the tower and fell to my death haha, which brings me to my next point: if we somehow fall from the gap in the stairs in the house, we take damage. Maybe add a railing of some kind there? The game is very dark, even with my brightness cranked up all the way. I understand having to make games dark to instill fear but that doesn't work on me, it just makes me frustrated not being able to see. When the living room opened and was super bright, I thought it was awesome! And wished the whole game could be that way. I don't mind the static ghosts, nor did I mind the hallway at the end (nod to SH2 is my guess?). What I minded were the tiny, tiny little keys, just like other players said. It seems you are using models or assets from somewhere else, as the dialogue that goes "Door is Jammed!", with a very recognizable cap on the "j" is very familiar. I think the text can be corrected into your own font / phrasing maybe? My last point would be, let us keep the flashlight if we want, because as I stepped inside the house he turned it off automatically, when the inside of the house was way darker than outside o_O... Overall, it was nice, and I'd love to see where it goes from here, with the improvements you'll make based on the (hopefully helpful) feedback :)

Thank you so much for your feedback 🙏

Many things in this pre-alpha are "placeholders" and the assets helped me to share this pre-alpha earlier, because I need feedback to make this game as good as possible. So don't worry, there will be many big improvements!

I also can say that the open world will be much larger as I already planned and this pre-alpha is only 5% of the new open world.

I loved this. The concept is brilliant. The scares were right where they needed to be. At some points I was lost for quite a bit of time, trying to figure out my next step. But, other than that, this was great! I really enjoyed myself. I can't wait to see more from you. I hope you enjoy my game play! I spoke my final thoughts at the end.

Thank you! I absolutely enjoyed your gameplay🙏  Your feedback is really helpful!

This is a very well crafted game! Visually stunning, great atmosphere, a tragic story that's actually fairly gripping, this game has it all! I feel a little work could be done on making the objectives a bit more obvious to figure out in a couple of cases, because there were parts where I had no idea which room to go to next, but overall it's a very solid experience! And the open world aspect is something I very much look forward to seeing come to its full realization. Great job!!

Thanks for your feedback 🎮🙏

I think you will love the Open World of Caught in Nowhere!

I came away from this demo very impressed! I’m a huge fan of atmosphere, and aside from the game’s more than impressive visuals, I also enjoyed the well done audio, most especially the environmental ambience. What intrigues me is what the future for this game holds. I came away with the feeling that this particular story is over. But to know that this just one part to a much bigger whole has me excitedly curious. I wish you the best of luck with the project, and look forward to the full release!

Thank you for your feedback! I really appreciate it 🙏

loved your game please check out my play through below x

Thank you so much 🙏

Played and enjoyed your game! I'd love to see what sort of secrets could hide out in the woods whenever you build onto the game more!

Thanks! There will be many different locations in future 🎮

Reply
iwanPlays12 days ago(+1)
I thought it was cool but the gore was shockingly in contrast to the first impression and to what I'd expect an open world horror to go for (expected Bethesda F4/TES spooky side-caves style horror). After having played a few more horror games released in the past few weeks on itch, the heavy marketplace asset use is also rather noticeable (in particular portrait in last room & mother's model).

The idea of an open world horror game sounds very cool though. Hope it'll be a manageable project!

Thank you for your feedback! Your gameplay is very helpful to me, especially because you looked at everything very carefully.

Because this is my first game, this pre-alpha is not of particularly high quality. But this will definitely change with the pre-alpha 2.0, thanks to a large amount of feedback.

Everything in the programming area that is still partially covered by assets, I will soon be programming completely myself. As long as I don't have anyone who develops 3D objects and so on for me, I'm unfortunately still dependent on the asset store at this point. Hope you like the next pre-alpha better!

Pros and cons are down below) Check out my vid here (likes and subs are highly appreciated)):

1. The forsest looks very creepy. As this game is planning to become an open-world experience, I think the right ambiance of the forsest is very important. I would advice you to add more sound cue prompts like you did twice in the demo but consider making them happen at random. I think that would creep the players out a lot. Maybe it would be nice to add monsters of spooky shadows as well. When I think of impeccably done forest, I always remember small indie horror "House in the woods" (https://minigoliath.itch.io/the-house-in-the-woods) that can also be found on itch.io. Maybe this game could inspire you.

2. The story is pretty interesting and immersive. I liked that you added some voice acting even in the demo - that's a nice touch! Still, I feel that a mere key hunting is going to be a bit boring for the open-world horror, so it would be nice to see some more puzzles. Like that map on the painting seemed very promising though it didn't mean anything, sadly (though I'm not sure). Is the full game going to consist of lots of small different stories or one big story? I think it would be great if small seemingly independent stories would form a bigger picture eventually!

1. I think though this demo represents an open-world horror, it shouldn't have distracting lights in the distance as it has quite a limited content for now. If the player goes to the distracting campfire, they miss all the forsest spooks and even the lady in the window. All the juicy stuff! That's not cool.

2. The models of the ghosts are nice but this kind of static jumpscares ruin the tension a bit. I would really love to see some animations in the full game if possible as it creates a sense of danger!

3. As I've already mentioned - key hunting is a bit boring for a horror game. And the puzzles with the cards was really too subtle. I mean, I've spent so much time thinking I'm blind and I don't see an obvious key. I think that the full game should carefully balance puzzles, horror elements and hunting for items - it's easily can become repetitive. Though, a well-balanced game will definitely be very engaging and entertaining!

I will rate this demo 5/5 stars for immersion. There's obviously room for improvement and a lot of work should be done in order to make a good full version of the game. Yet, the stand alone demo was pretty good, keep up the great job!

Hope my feedback was useful! And I also hope that some of my suggestions might inspire you!

Thank you so much for your feedback! It’s really helpful!
You're right, each location has it's own little story in the full game. You also found a bug which I missed, so thank you for that!

This is an awesome concept, and something I'll be interested to see as it expands. You have a nicely crafted environment, especially outside (with whatever is chasing after you in the dark - perfect!), that nails atmosphere.

I do have a couple points that I hope you're willing to hear out as you continue development:

- First, as you continue work on this project, I hope you introduce dynamic, rather than static, 'enemy' character models. The static models have a creep factor, but to me, I feel it betrays all the hard work that's been put into building the environment.

- Second, the white door sequence seems out of place. You allude to the story throughout the quest and give clear indication as to what happened, which makes the first 2/3rds of the hallway unnecessary. Perhaps the player could 'relive' the conclusion of the story through the eyes of the father as the white door scene (from the point he comes home.)

All that to say I'm looking forward to seeing this story grow over the course of the coming year, as this could be a unique entry in the horror field.

Thank you so much! Your feedback to the end of the video is absolutely helpful 🙏 This is my first game and I want to create a lot of it by the feedback of the community.

Hello, I played this game and I liked it, it was a neat short and sweet game, good work :)

Hi Stella! Thank you so much 🙏

But I can’t watch your Video 🙁 maybe it’s private? Hope I can watch it soon 🍀

Now it works! Thank you for your gameplay 🙏

Yeah it was processing :)

Very interesting. If this is the side quest i cant wait to see the main quest. Very good atmosphere. The scares are relentless. I hope see this game do very well.

Thanks! Your gameplay video is awesome! Really helpful!

Nice job on the demo. It's looking pretty sweet so far. And I was not prepared for that ending. Wow that was intense! Nicely done, i can't wait to see more! Thanks!

Your gameplay is really helpful! 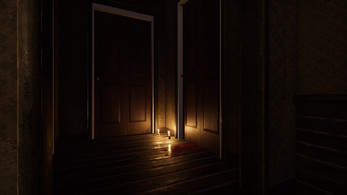 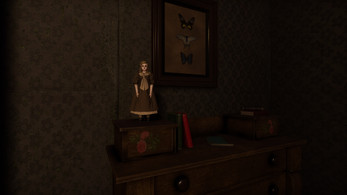 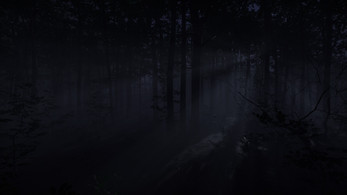 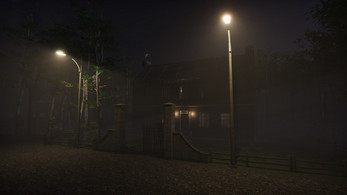 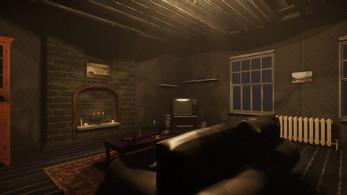